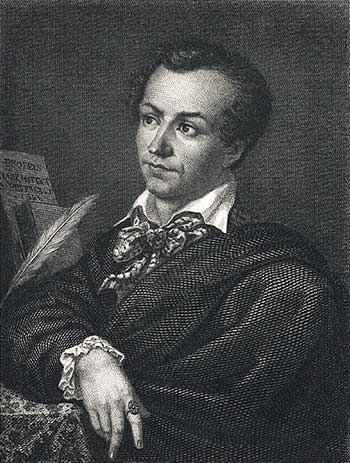 On this page is a short overview of what the French cook Antonin Carême (1784-1833) had to say about puff pastry and shortcrust in his book Le patissier royal (1815). He bakes his soufflés in a pie crust, that was the reason that I looked into this matter.

There is quite a difference in making puff pastry in the winter and in the summer. The pastry must remain cool at all times, so during the summer heat special emasures have to be taken to ensure an excellent puff pastry. Carême suggests packing the dough in ice in between turnings. Carême differs from the common opinion that pastry dough must rest, he suggests baking it as soon as it has its final shape.

A practised pâtissier should be able to start from scratch to baking the pastry dough in the oven within fifteen minutes in winter (when it is cold).

Start with dumping the sifted flour on a worktop, which in the summer is preferably a marble top. Make a ‘crown’ or ‘fountain’ of this small flour mount by making a hole in the middle that you make wider and wider until it resembles more a dyke surrounding a lake.The lake, that is the water with salt end egg yolks which are poured in carefully, without breaking the ‘dyke’ of flour. Using your fingertips, you mingle more and more of the flour with the liquids. This is much more fun to do than throwing everything in a food processor!

Now the dough is mixed well without adding the butter, and rolled out. Then three quarters of the butter that is cut in small pieces are divided over the sheet of dough, and the dough is folded in three, rolled out and folded again. After a few minutes rest (during the summer the dough is packed in ice for this rest) the dough is rolled out once more, the remaining butter is divided over the sheet of dough, and the folding and rolling out is repeated once or twice. The dough has now been folded and rolled out again eight to sixteen times in all, resulting in a light pastry that will rise beautifully in the oven.

The next dough Carême describes is puff pastry based on other fats: suet, lard and oil. Cleaned suet is ground with olive oil or lard in a mortar until it has the consistency of winter butter. Using equal amounts of suet and lard will result in a quite attractive crust, however, the crust must be eaten warm.

With calf fat or suet of veal

You can also prepare a dough based on veal fat that comes from cooked udders (I don’t understand this, do veals have udders? I thought not!), that is treated the same way as beef fat (i.e. mixed with lard or oil). You can also use suet of veal.

If you prepare dough with just lard, you melt it, and baste the rolled out dough with it instead of covering it with pieces of cold butter.

Dough with oil is made as dough with lard. 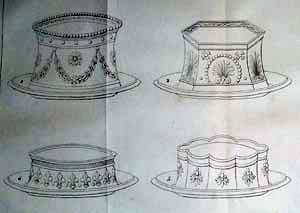 To make pastry dough for large pasties and croustades you dress a buttered mould with thinly rolled sheets of dough. The consistency of the dough must be exactly right. If the dough is too dry, it is hard to dress the mould, and the crust will crack. If on the other hand the dough is too moist, it won’t bake well either. You can remedy both by adding small amounts of flour or water at a time to the dough until it is right.

The dough is made with flour, egg yolks, butter, water and a little salt. This dough must be kneaded thoroughly (as opposed to puff pastry, which must emphatically NOT be kneaded at all!), until you get a firm, elastic ball of dough. Protect the dough from drying out by keeping it in a moist towel. In the summer heat you must work quickly, because the dough can get “burned” by the heat of the hands, and it will crumble. When this happens you cut the ball in four slices, sprinkle them with water, pile them up again and knead them for a short time. Now you can use the dough. In the winter it is easier to make dough, but even then you must pay attention that it is of the right humidity.

This is the pastry dough that the croustades for soufflés are made of. On the picture to the right the two upper crusts and the one on the lower left is for baking soufflés (at least, in the note to the recipe for soufflé français it says that the croustade is made in the manner of hot paté à la financière, and these are the crusts that are recommended for that recipe).