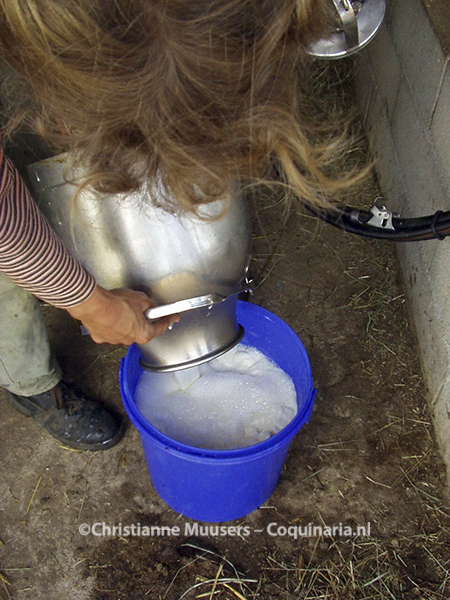 These pictures were taken in 2002 op the organic farm Villenue near Montluçon in France. The farm had mainly milking goats, and a few miling cows.

Milking cows – From pasture to bucket

Milking goats – From pasture to … pigs